The 2016 Barbaresco Sorì Tildìn is a fabulous, incredibly complete wine that soars out of the glass with explosive structure and vertical lift. The tannins are very much present, but also matched beautifully by the wine's aromatic intensity and overall drive. Dark macerated cherry, spice, leather, licorice, plum and mocha add darker shades of nuance. In 2016, Sorì Tildìn is a bit more brooding and bigger than it often is, and yet all the elements are impeccably balanced. It is quite simply a majestic wine of real grandeur and total class, but it is not obvious. Sorì Tildìn will appeal most to readers who understand what the truest essence of Nebbiolo is all about. In a word: magnificent! Tasted Nov 2019. Antonio Galloni

The 2016 Barbaresco Costa Russi is ripe, creamy and enveloping, as it so often is, and yet also preserves the super classic sense of structure that runs through all these wines. In 2016, Costa Russi has an extra touch of mid-palate sweetness that gives the wine its sense of immediacy. Succulent red cherry, rosewater, kirsch, mint and dried flowers meld together in the glass. Soft and sensual, with tons of allure, Costa Russi is another winner from Gaja. Time in the glass brings out the wine's density and tannins, both of which it has in spades. Tasted Nov 2019. Antonio Galloni

The 2016 Barbaresco Sorì San Lorenzo is an eternal wine that will need 10-15 years in bottle to truly come around. Sorì San Lorenzo is often a big, virile wine. There is plenty of heft to the 2016, but at the same time, I also find an element of refinement and nuance that Sorì San Lorenzo has rarely, if ever, shown. Black cherry, cloves, menthol, licorice, gravel and incense are some of the many aromas and flavor that meld together in this dramatic and dramatically beautiful Barbaresco from the Gaja family. The Sorì San Lorenzo just explodes on the finish, with an array of aromas, flavors and textures that will leave readers weak at the knees. The 2016 is an outrageously beautiful, vivid wine of real gravitas and power. Tasted Nov 2019. Antonio Galloni 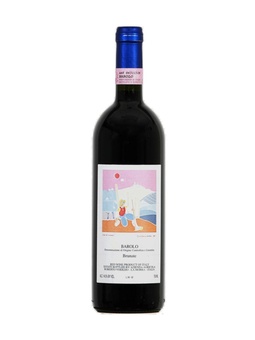