Includes one bottle each of 1990, 1991, 1992, 1993, 1994, 1995, 1996, 1997, 1998 and 1999
A wine of style and stature and a perennial favourite in auction circles, the Wynns Coonawarra ‘Black Label’ Cabernet Sauvignon is one of Australia’s most collectable wines. With a reputation for excellent varietal and regional characteristics, these wines consistently deliver potential for medium to long-term cellaring. The average age of vines producing this fruit is more than 30 years old.
THE GREAT VINTAGES
Wynns "Black Label" Cabernet Sauvignon is one of Australia's greatest wines. The great vintages are 1959, '62, '66, '67, '76 (Jimmy Watson Trophy winner), '82, '90, '91, '92, '96, '04, '06, '07, '08, '10, '12, '13, '14 and 2015.
WHY IS IT SO SPECIAL?
"Black label" is Coonawarra's benchmark Cabernet. It is so consistent because Wynns owns the majority of great vineyard land in the district. This one company alone owns 500 hectares of vines, including more than 30 per cent of the prized terra rosa land, including some of Coonawarra's oldest plantings. It is largely on what is famously known as the "cigar-shaped strip", a ridge of slightly elevated land on either side of the main road, the Riddoch Highway, which has the shallowest red topsoil with the prized limestone subsoil closest to the surface. This provides an ideal combination of drainage and nourishment for the Cabernet Sauvignon vines. 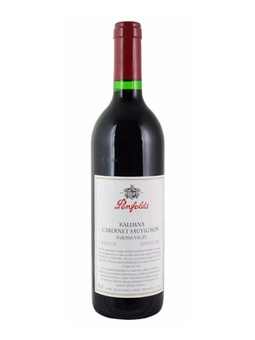