S.C. PANNELL
"Stephen Pannell of McLaren Vale winery S.C.Pannell is a red wine specialist and a leading proponent of Italian and Iberian grape varieties in his part of the country." HUON HOOKE
The S.C. Pannell label was established by Stephen and wife Fiona in 2004, but Steve's journey to winemaking really dates back to 1969, growing up on one of Australia's most iconic boutique wineries, Moss Wood in Margaret River. From there the winegrower path was inevitable and lead to Chief Red Wine Maker at BRL Hardy via vintages in Burgundy, Bordeaux, Barolo and, Priorat.
YARRA YERING
"Yarra Yering wines have always been very good, but under the current management, they have hit new heights. Sarah Crowe is an outstanding winemaker." HUON HOOKE
Yarra Yering is one of the oldest and most beautiful vineyards in Victoria’s Yarra Valley with 28 hectares of vines located at the foot of the Warramate Hills. Established in 1969 by Dr Bailey Carrodus, the 1973 vintage saw production of the first vintage of Dry Red Wine No. 1 and Dry Red Wine No. 2. Yarra Yering quickly gained an international reputation for quality and individuality and paved the way for other Yarra Valley wineries.
TREDIBERRI
“Trediberri is a new entry in the Piedmont landscape, these wines are just gorgeous.” ANTONIO GALLONI
"Three friends – Tre – and a vineyard in Berri: Hence we are the ‘Trediberri’."
Berri is a small hamlet in the westernmost part of La Morra, located in the Langhe hills of Piemonte, close to the Tanaro river. It lies at the extreme western edge of the Barolo region. In 2007, Nicola, his father Federico and their friend Vladimiro, acquired 5 hectares circa (12.5 acres) exclusively for the production of Barolo. The Trediberri winery was born. Their first wine was released in 2011 and today they vinify wine from 10,5 ha (26 acres) of vineyards: in addition to the original 5 ha (12 acres) in the Berri Cru, they also own 2,8 ha (7 acres) in the Crus of Rocche dell’Annunziata and Torriglione – where they grow Barolo, Barbera and Sauvignon Blanc.
G.B. BURLOTTO
"G.B. Burlotto, these are some of the most compelling, traditionally made wines in Piedmont.”  ANTONIO GALLONI
During his seventy-seven years as a winemaker (1850-1927), G.B. Burlotto’s accomplishments were rivaled only by those of Biondi-Santi and Vega Sicilia, as G.B. achieved superstardom in a world dominated by French wines. Today, Burlotto has re-emerged as one of Piemonte’s great small producers, thanks to the brilliant and highly traditional winemaking of G.B.’s great-great-grandson, Fabio Alessandria. 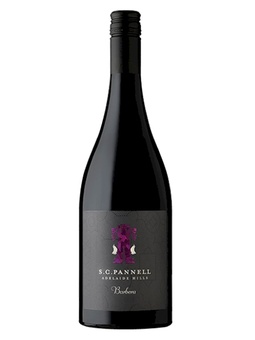